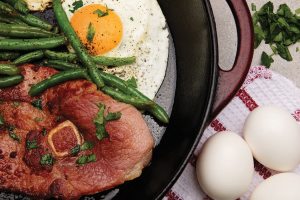 Did you sing the Fried Ham song as a kid? It’s the same words over and over, but each verse is sung in a different voice, such as, an opera singer, English accent, baby, scuba diver, cowboy, and so on. It’s exhausting and hilarious and annoying.

And it’s how life feels at times.

It’s how I feel when someone asks me how the divorce is progressing. Same song, second (or tenth or twenty-third) verse.

When I arrived at work after a recent hearing, someone asked how it went. “Uneventful.” She said, “That’s good.” True that uneventful could be good, but at that moment, I was tired of uneventful. I wanted the process to progress.

But we get to choose what we focus on. Do we string together the sameness and complain about the frustrating stagnancy or do we find a bit of appreciation for even the slightest changes? Do we find ways to laugh among the exhaustion, choose gratitude among the annoyances, and uncover joy no matter how weary and discouraged we are?

Some verses are, as the song declares, worse that others. But some are better, too. For that, I am grateful.