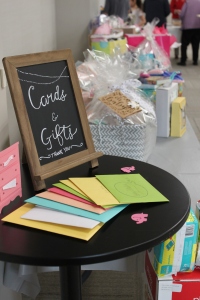 I loved my daughter’s baby shower. We did things a bit differently, and it fit her personality and preference.

You might not be planning a baby (or other) shower, or the ideas here might not be your style. But consider what is. You don’t have to do what everyone expects. You don’t have to go above and beyond. Simply consider the person you’re celebrating. How can you help her or him have a good experience and walk away feeling celebrated? You might not like change, but you certainly like the person you’re celebrating. Be flexible, and love well by thinking outside the box. Sometimes keeping it simple is exactly what we all need to enjoy the celebrations of life.