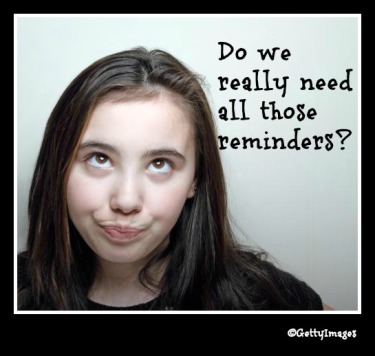 “Be careful. Don’t hit your head.”

My dad repeated the warning at least a half dozen times. He was still recovering for surgery, so he directed, while I got some things ready for winter. One of the tasks was winterizing the dog pens. With each run, I reached in to the get a dog, placed him or her in a temporary dog box, got the pen ready for winter, then put the dog back in the pen. But I wasn’t used to the smaller gates into the pens. Unlike our dog’s pen, I couldn’t just lean in unless I wanted to bash my head.

Which I did the very last time I was putting away a dog. In fact, I bashed it about the time I thought, “I’m really glad my dad cares enough to keep reminding me, but does he think I’m an idiot who can’t remember a warning?”

Well, yes. Apparently, I am.

I wasn’t, and we both laughed, but I had a knot on my forehead for several days and had small scabs from the imprint the fencing left behind.

Are you surrounding yourself with people who hold you to God’s standard, who know it well enough to hold you accountable? Are you consistently filling yourself with reminders by becoming increasingly familiar with God’s Word, not just what you remember, assume, or are told?

There’s always learning to receive and respond to and reminders about that learning.

Remember to get to it today.