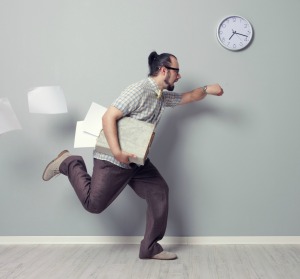 So he gathered the priests and Levites and said, “Go out to the cities of Judah and collect money from all Israel to repair the temple of your God as needed year by year, and do it quickly.” However, the Levites did not hurry. (2 Chronicles 24:5)

Sometimes people aren’t in the hurry we wish they were. We see urgency, and we think we convey it with passion so that they’ll catch on, but they don’t.

The opposite happens, too. People move faster than we want, even though we might warn them of the dangers of hurrying and the benefits of patience.

Not that we are always right, but when we believe we’re getting clear instruction from God, we want to follow Him well and want to encourage others to do the same.

Let’s be careful. Let’s set a good example of following God well, but let’s remember that everyone is accountable to God, and He moves in different lives in different ways and timing. We can trust Him. We’re not in control, and that’s a good thing.