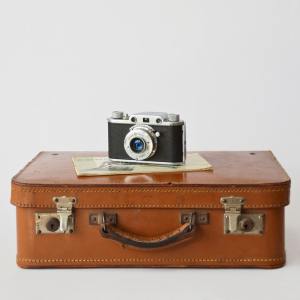 I was the first one on the airport shuttle. Only one person boarded before we headed to the terminal, and the driver and I both commented on his bag being the biggest we’d ever seen. It came to his waist, and he wasn’t short. And it was bright green. He was not going to lose it.

He also could barely lift it.

When the driver and I said it was the biggest piece of luggage we’d seen, he replied it was the heaviest bag he’d ever traveled with. There is no way he was going to avoid the additional fees. But apparently, he had determined he needed that much luggage for wherever he was going.

Sometimes we need our baggage. We need the lessons we’ve learned, the tools we’ve acquired, the coping strategies we’ve refined. But I think most of the time we carry more baggage than we need or carry the wrong pieces of baggage.

Don’t carry a giant green piece of luggage if you don’t need it. Don’t pay the additional cost – financially, mentally, emotionally, physically, spiritually – if you don’t absolutely need every single thing that’s in it. We can cut back more than we think. We can choose the wrong things to take with us. Choose well today. Pack the essentials. Be prepared. And be flexible and creative as you approach the issues of the day.