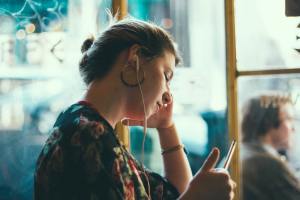 There are many times a life of faith involves listening to God even when we don’t have any reason other than obedience. I recently had a string of such moments. I was in a store and sensed I should take a little bit of a longer path to the front. My first thought was perhaps God was directing me to run into someone for a specific reason, but as I walked, I realized the opposite was just as likely. I didn’t run into anyone and saw no reason why I’d taken his path, but perhaps I avoided something because of his direction. Or perhaps he just wanted me to be obedient and practice my listening skills.

As I left the store, I realized I had a quarter of a tank of gas. That’s about a quarter lower than I like to get. But it was dark, and I was tired, and I had no plans to drive much the next day. I might as well just wait. I almost passed the closest gas station when I knew I should stop. Maybe I’d need to drive somewhere in an emergency that night. But I didn’t. I have no idea why I needed gas in that moment, but again, perhaps I simply needed to listen.

The problem with listening is we can listen to the wrong things at the wrong times. We can attune to a myriad of influences. We listen to what we give the most consistent attention in our lives.

Why should we listen even when we don’t understand or see a purpose? Because it paves a path of listening patterns.

Pay attention as you listen. Notice when you don’t listen. It all matters.