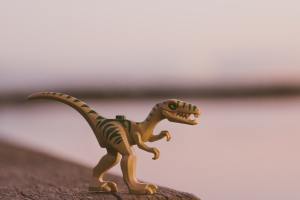 I watched a favorite television show, and someone said, “Why do they keep guys like that around? When will all these old dinosaurs die off?”

“They’ll never die off, because they don’t have a natural predator.”

It was a situation of entitlement. I had just had a conversation on the same topic with a friend. We wondered if such people act out because they’re insecure, but maybe not. After all, they manipulate and negatively impact others. They declare authority and control when it’s convenient for them. I often think they are a bit clueless in the impact they have on others. Sure, they find themselves in some situations when they get the results they want, and maybe that’s what is most important to them. But they miss out on relationships. They don’t realize it, because power and results become the measurement of relationships, but loyalty to and compassion for them is shallow if it exists at all.

It’s frustrating, but what are the natural consequences? Sure, in some situations, these people are called out, but in many cases, they continue to function. They are often productive and intelligent, and that keeps them just out of reach. It takes risk and courage on other people’s part, and often times, those people have little influence and are much more expendable.

How can we move forward without being able to fix the system? Maybe this is the struggle where you are. Maybe it’s something else.

Speak truth with gentle boldness. Establish influence with positive leadership. Be respectful but do not affirm the behavior, whether directly or indirectly.

Sometimes things change suddenly, but more often, they gradually change over time. That can be positive or negative. You can make a difference. Everything that changes involves people, their responses, and their interactions. Be sure you’re seeking to honor God in all you say and do; that when, you’re part of the solution, not part of the problem.